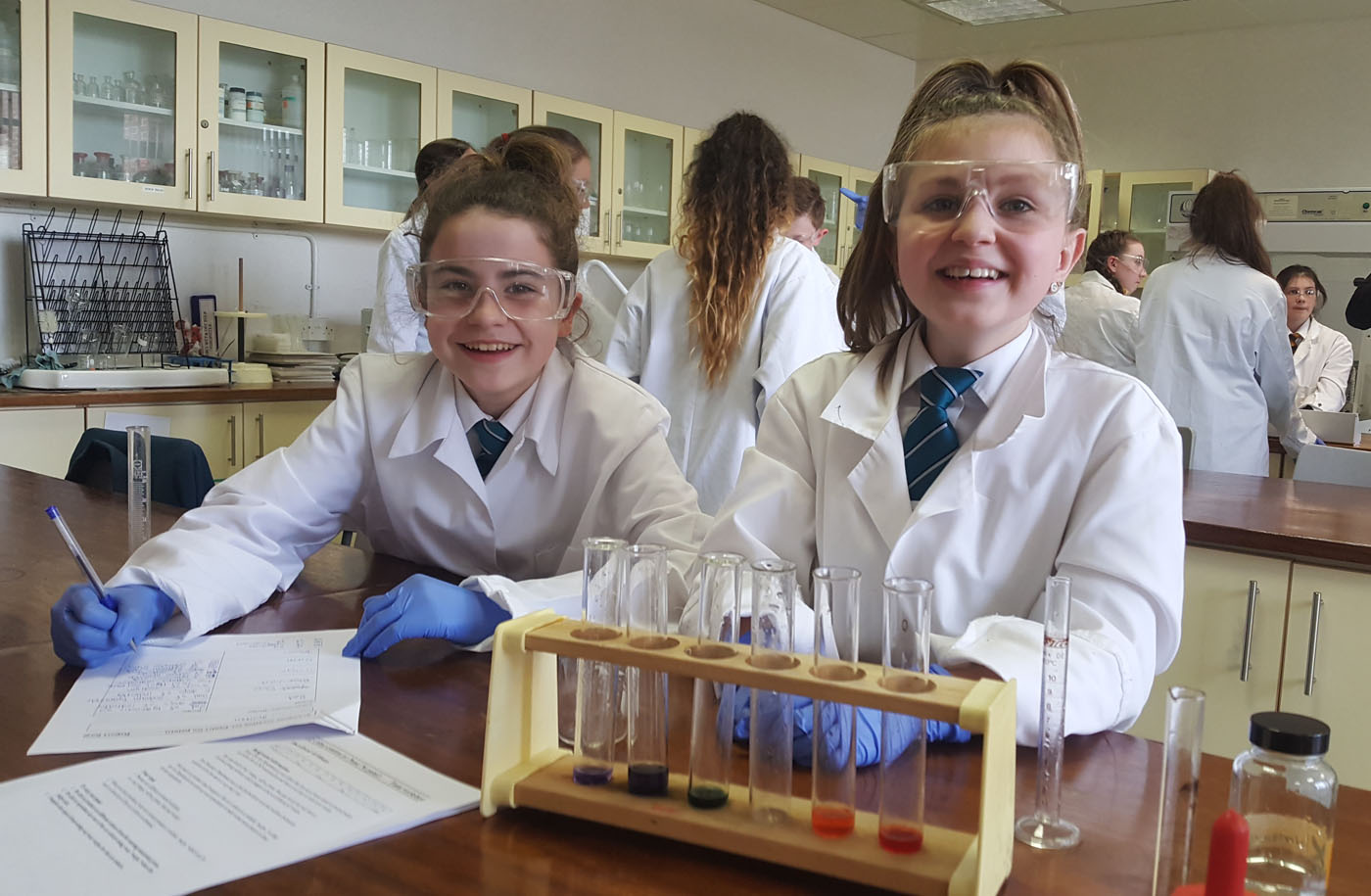 Year 8 students Erin McBride 8F (left) and Renee Fisicario 8F carrying out a practical as part of the
'Salters Institute Festival of Chemistry' hosted at the North West Regional College.

As four students were chosen to attend, Orlaith McCorriston 8D and Carragh Doherty 8D also participated in the whole day event which entailed carrying out an investigation which solved a crime by use of chemical analysis.

While the students did not win an overall prize they were highly commented by the judges and received a trophy of Derry crystal.