Thornhill Celebrates European Day of Languages, 26 September, with a week-long range of language and cultural activities.

A 'French Breakfast' was enjoyed by staff and pupils

Pupils took part in a 'Guess the Country' competition: 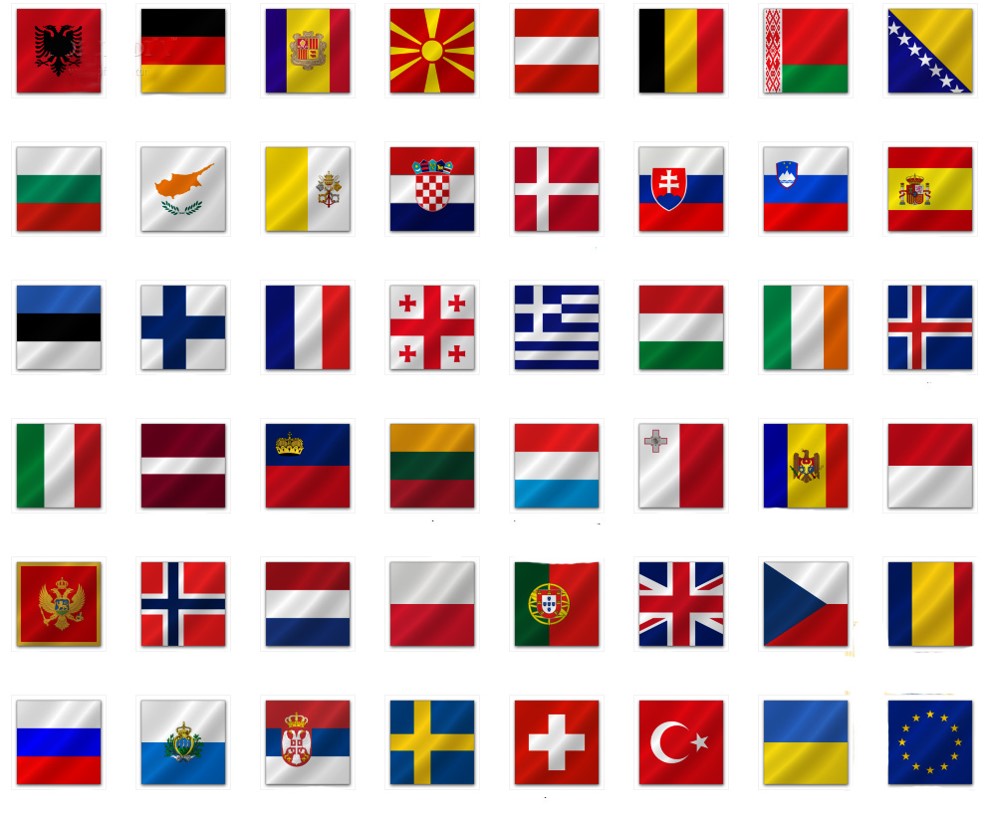 Members of staff wore badges with greetings in different languages, and pupils were asked to

Among those taking part were our Language Assistants, Inma (Spanish), Emmanuel (French) and Clare (Irish) 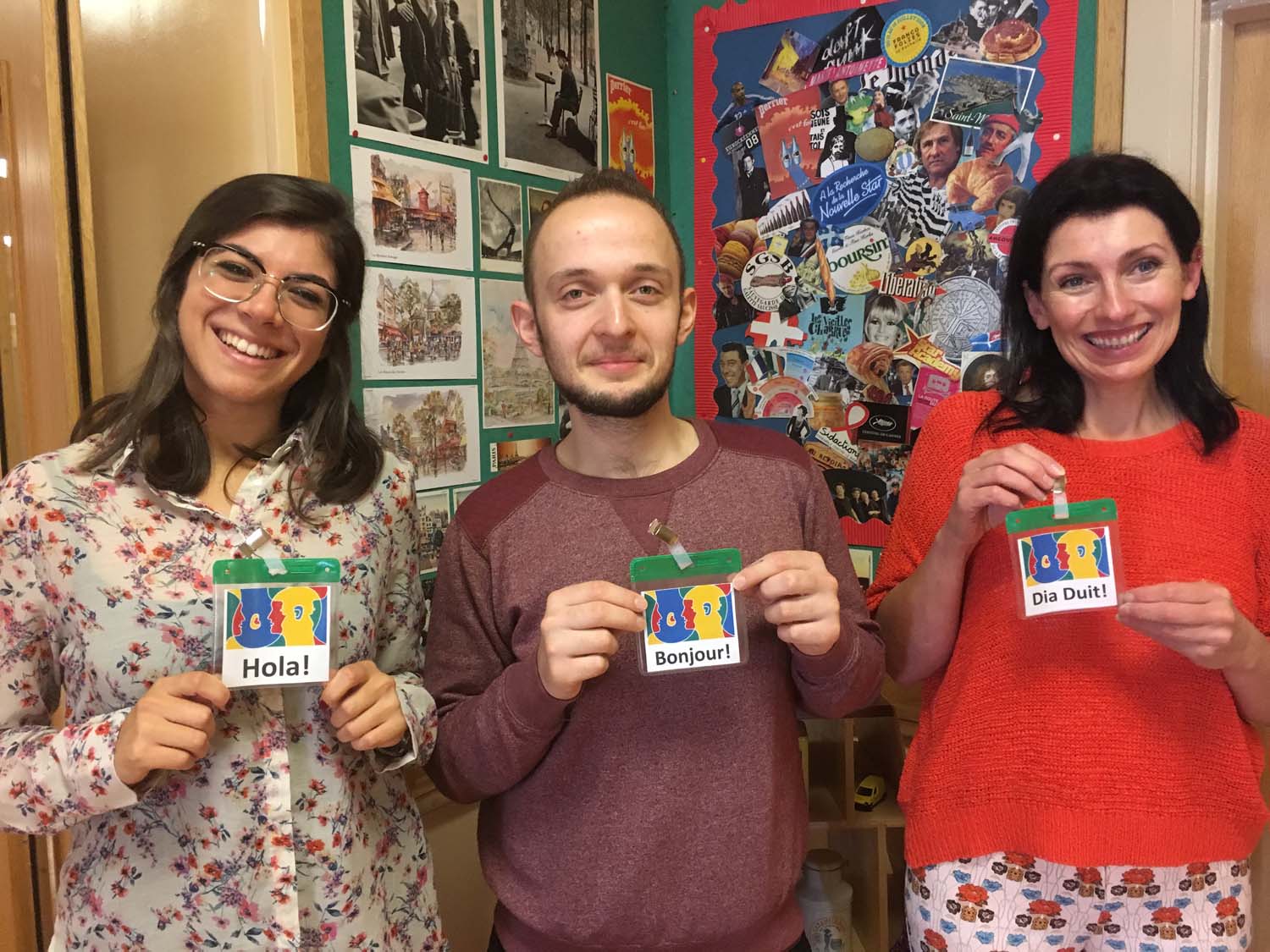 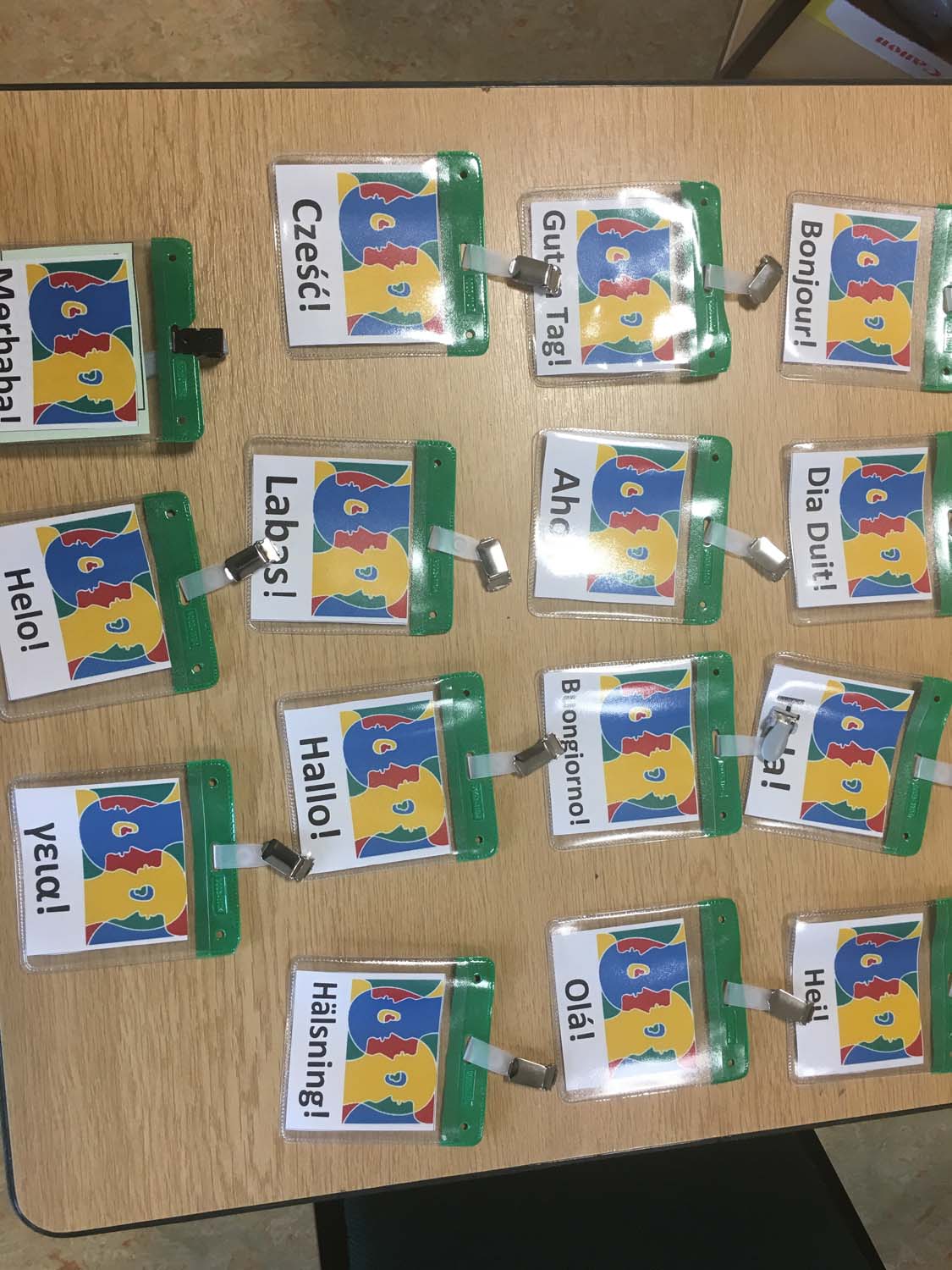 Mrs Hegarty's Year 8 Irish class practice their classroom language, which has now been shared with 20 other schools across Europe as part of the Britsh Council e-twinning project.

Pupils were also invited to recognise the animal sounds in different European Languages: 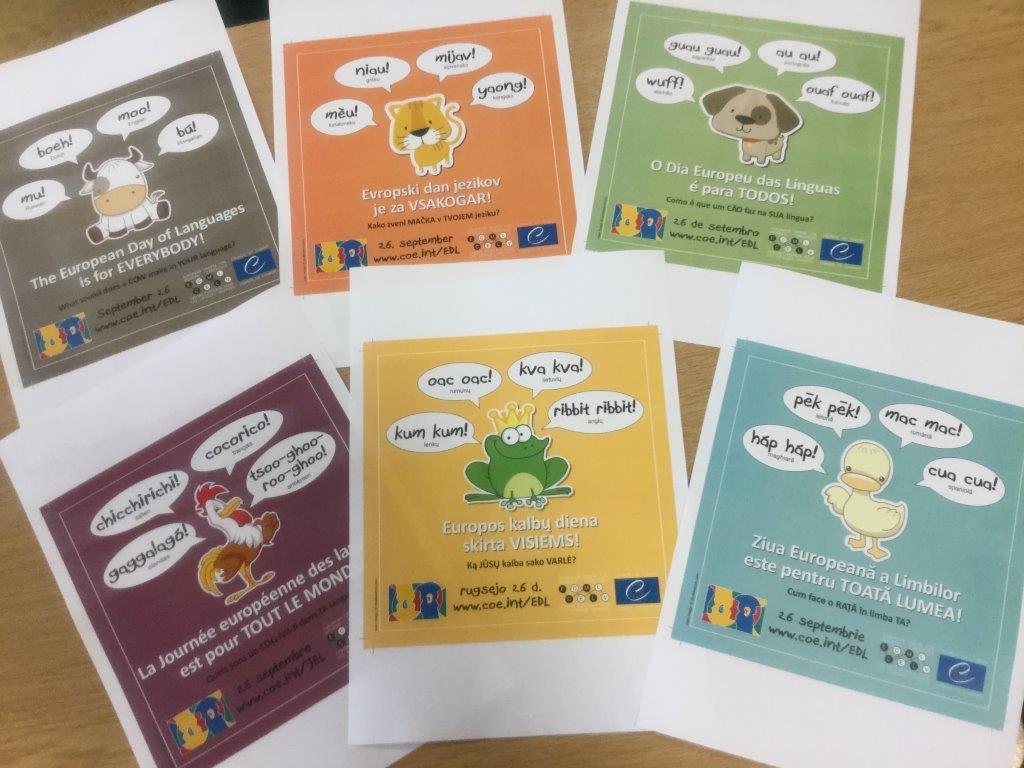 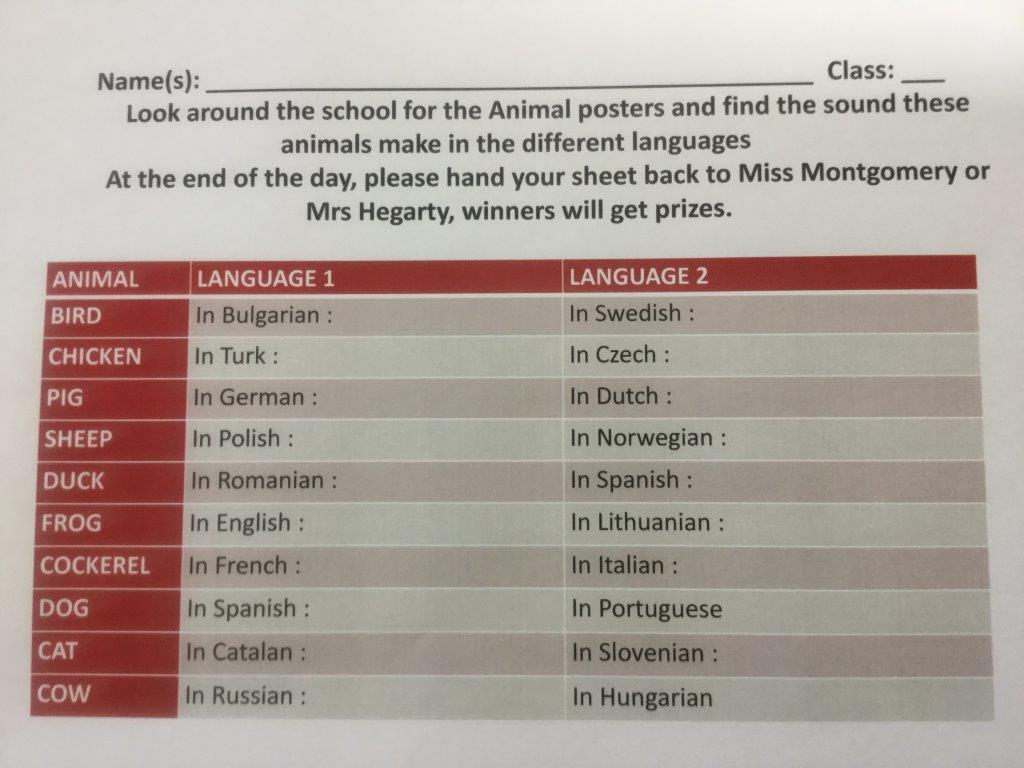