Congratulations to Eve Flood (Year 14) who has won 1st place in the Beginners' section of the HSBC British Council Mandarin Speaking Competition, which was held at the British Museum in London 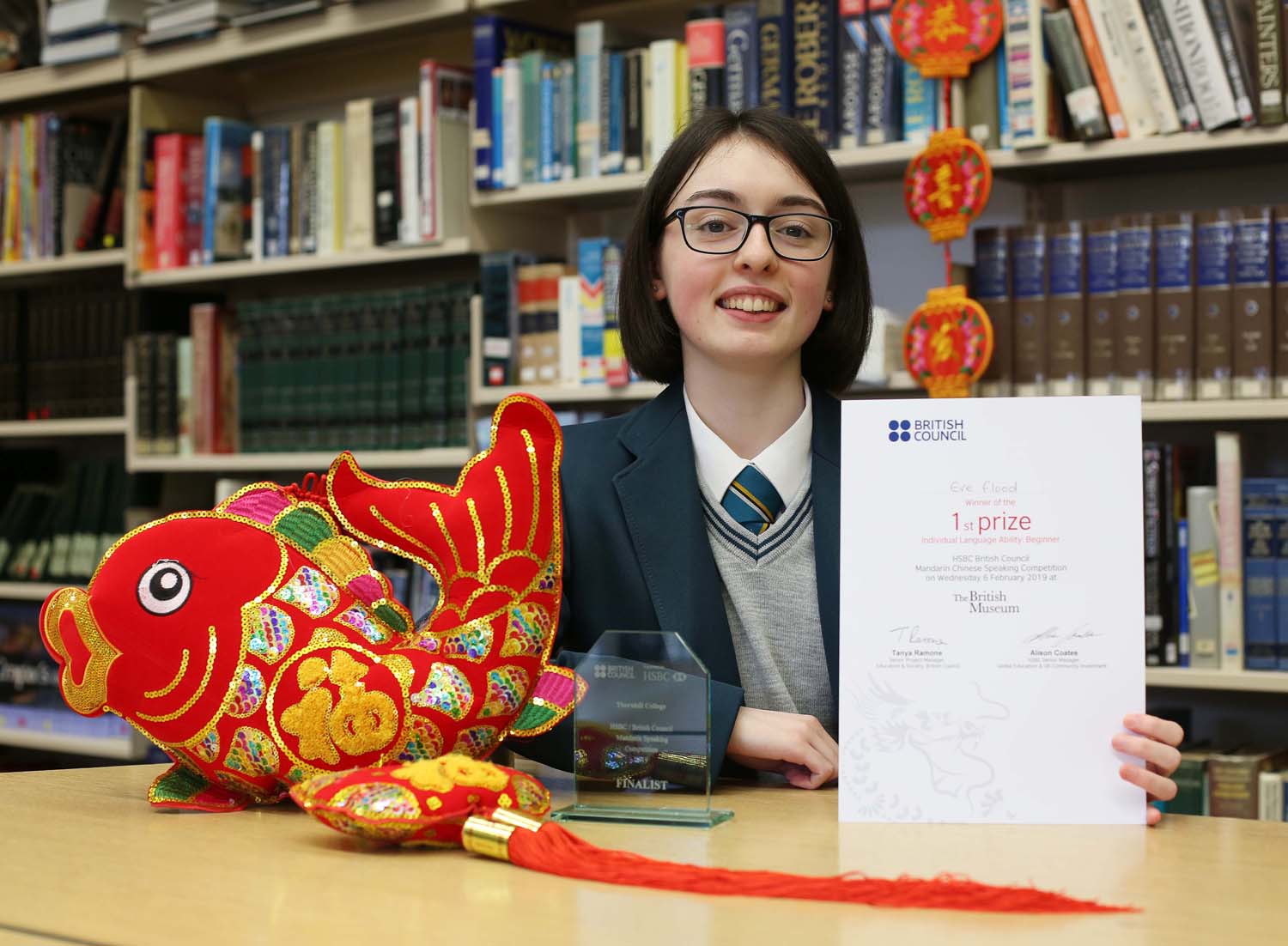 This is a fantastic achievement for Eve, who has only been learning Mandarin for one year through our Sixth Form Enrichment Programme, and has now beaten off competition from across the UK to win a week-long trip to Beijing in China in April.

The competition, run annually by the British Council since 2003, drew 110 contestants from 37 secondary schools from both state and independent sector across the UK. A heat was held in Northern Ireland last November which was supported by the Confucius Institute at Ulster University.

Having achieved full marks in her HSK proficiency test, Eve was encouraged to enter the competition.by her Mandarin teacher, Guan Changqing, who supported Eve in her preparation and accompanied her to the regional and national finals.

Speaking about her win, Eve said:
“It’s hard to describe why I enjoy learning Mandarin; It definitely relaxes me and is a break from the everyday. I like seeing how much progress I make, and although it can sometimes be slow and challenging, it is very satisfying when you make that necessary connection or when you start to become familiar with certain characters and their pronunciation.”

Jonathan Stewart, Director, British Council Northern Ireland was delighted with Eve's success:
“Congratulations to Eve on such a fantastic achievement, which is testament to the hard work she and her teachers have put in throughout the past year. We hope that Eve will be an inspiration to other students to think about learning Mandarin or finding out more about Chinese language and culture."

Eve, who is in her final year studying Chemistry, Biology and Maths, plans to study either Pharmacy or Chemistry at Queen’s University in Belfast.

On her plans for the future, she said: “I definitely hope to continue to learn Mandarin when I leave school, in whatever form that may take. 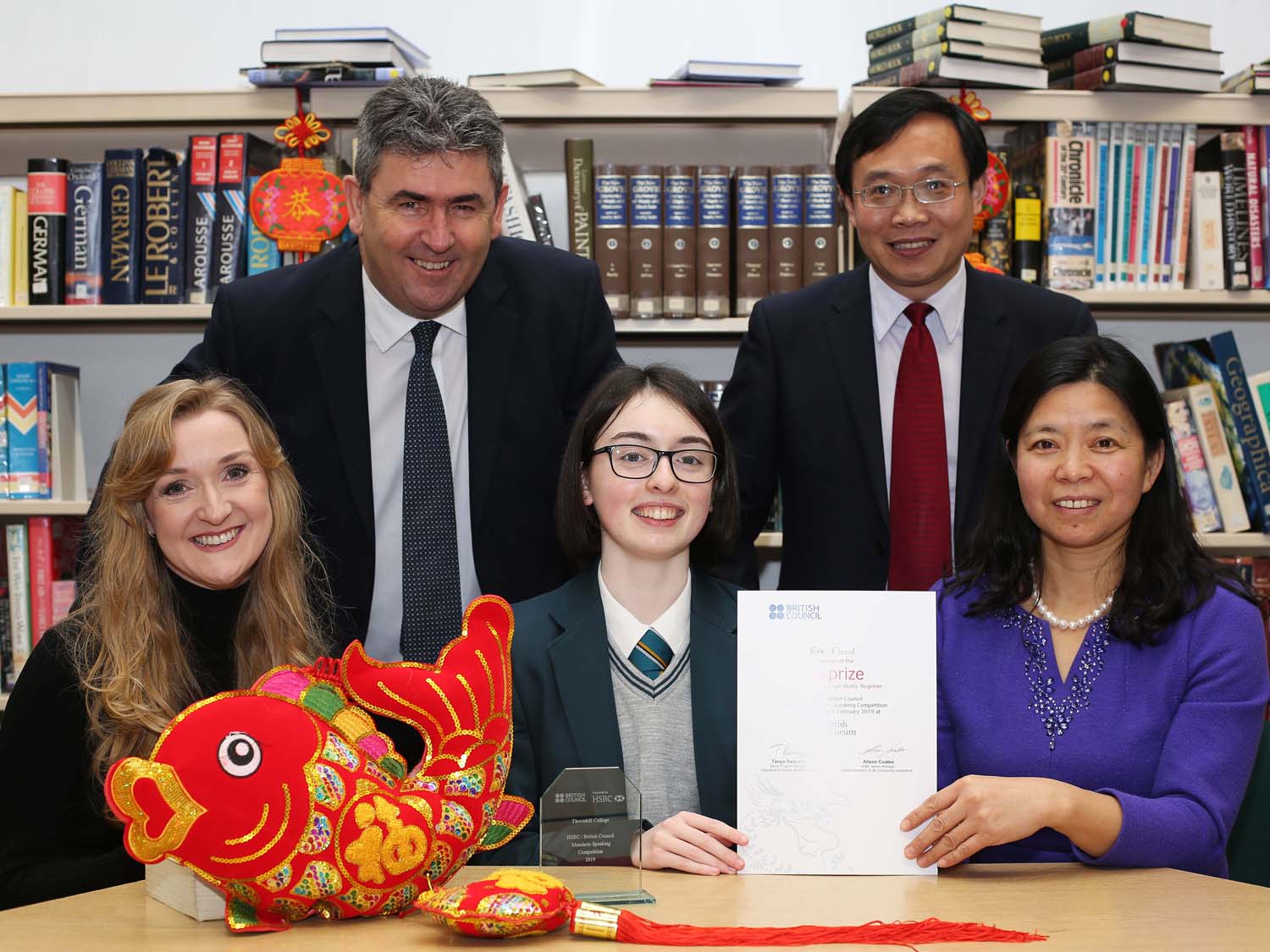