Year 13 Pupils from Thornhill and St Columb's attended the Euroscola Youth Parliament in Strasbourg with pupils from schools in all 23 Member States of the EU.

Each year a group of about 600 students and comprising groups from each of the EU countries is invited to spend a day in Strasbourg discussing the effects that European integration will have on their future.  They do this in multilingual working groups, each of which comprises about 100 members.  The working group chooses a spokesperson to present the conclusions of its discussions to the participants assembled in a 'plenary sitting' in the Chamber of the European Parliament at the end of the afternoon.  The participants then vote on these conclusions.

As working groups consist of students from several member states it is essential that participants have a sound knowledge of at least one other European Union language.  For practical purposes knowledge of French is necessary as during the "committee" meetings in the afternoon, students are expected to think and speak in a language other than their mother tongue. The debates are held mainly in French and English.

At the end of the day, each participant receives a certificate of attendance signed by the President of the European Parliament.

Below is the official photograph of the event: 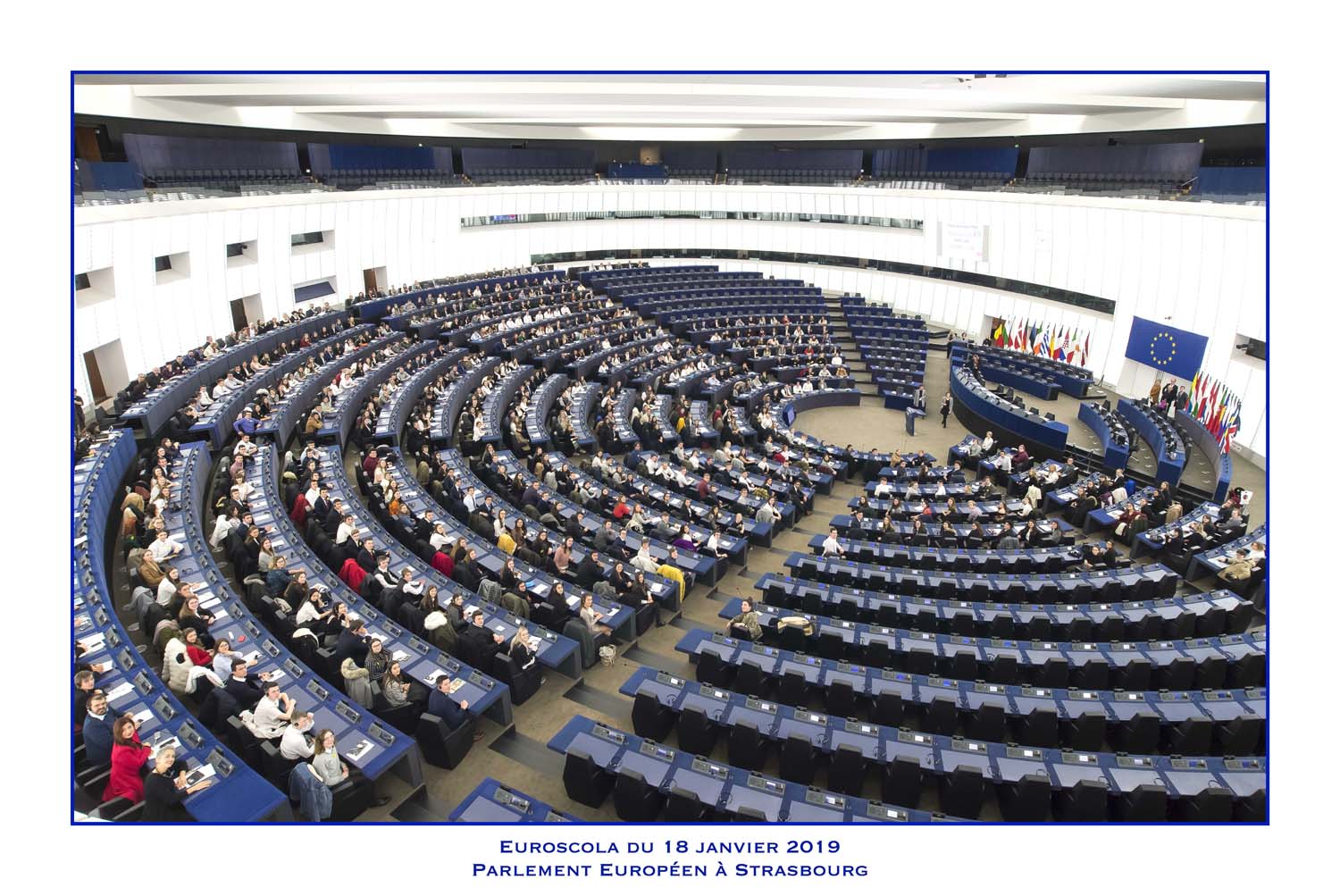