Congratulations to our Thornhill Debaters who achieved success for the second year in a row at the Queen's University Literific Debating Competition for schools.

Team 2 (Amy Leigh Cregan and Hannah Lappin defeated Hunterhouse College in their debate, whilst Team 1 (Rebecca Harrigan and Caitlin Doherty) defeated both teams from St Patrick's College, Maghera before being narrowly beaten in the final of the competition.
All girls performed outstandingly, impressing the judges in each of their debates.
Ms Connelly would also like to thank all the girls who came along to support the teams, and also former pupil and champion debater, Marianne Lappin, who is now debating with The Queen's University Medicine Society. They are a credit to Thornhill. 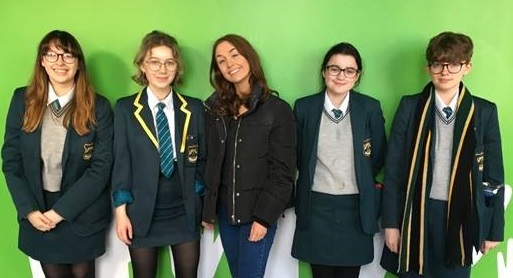